Cancellation epidemic. From misinterpreted goodwill emerges what is now known as the hashtag #cancelculture, or culture of cancellation, which means «canceling everything that is not politically correct or that negatively characterizes other cultures». Every week, the polarization between those who seek peace and those who seek war (personal, social, virtual, digital or total) deepens. In an effort to eliminate everything that can be used as a weapon to harm another person, the mass media and popular culture manifested on social networks have decided that many characters and stories no longer have a place in an environment of tolerance and harmonious coexistence and therefore they have been canceled and eliminated forever.

For adults in their forties and fifties to the west of the Atlantic and north of the Tropic of Cancer, several of our childhood cartoon characters (that were created in the United States) were canceled: Pepe Le Pew, Speedy Gonzales, Peter Pan, Dumbo, The Jungle Book, The Robinson Family, The Lady and the Tramp and the Aristocats (and at least five «Dr. Seuss» books). They were canceled for containing or representing negative stereotypes and / or behaviors related to non-Caucasian racial or ethnic groups. This is an fact. The stereotypes represented within the stories of these characters reinforce negative clichés about people of Asian descent, of African descent, the native tribes of North America, Mexicans, and migrants in general.

Canceling, deleting or eliminating is being portrayed as the “best” solution, but at a closer look, it’s also the easiest and cheapest: a little money is lost for those products or characters that will no longer be able to be monetized, but nothing else. However, from an educational point of view, canceling does not solve the problem that was created, because the damage generated by these contents is not corrected or further addressed. There is no subsequent statement of repair, redemption, a demonstration of «the best way» or «positive change» or of «this way is more harmonious», it is simply eliminated as if it had never happened.

Opposing the #CancelCulture, there is #ConversationsForChange. This proposal invites us to engage in dialogue and «break down» the negative situations of the past in order to understand them and thus be able to actively modify them. It is my opinion that Disney, Warner Bros and Dr. Seuss could take responsibility for the consequences of their previous stories and take a more proactive path creating new and better content from their previous characters in order to generate a reflection: apologize for the offenses committed out of ignorance and begin to repair the damage they caused by generating new conversations about the inclusive, tolerant and peaceful culture that people and nations seek to achieve.

Below I share with my readers an example of one of these possible #ConversationsForChange using Speedy Gonzales, who for many years represented a cliché of the «Mexican» that is known today almost all over the world. I’m not a designer or cartoonist or program producer, which just goes to show that it’s not that difficult or expensive to do the right thing – even if it costs time, money and effort – to educate rather than cancel.

Hey Hello! Hi! My name is Ramón “Sparky” Gonzales. I come from an extended family from Chihuahua, Mexico, although according to the history of my country, my last name is originally from Spain.

Many of you surely know my great-uncle Alejandro, better known as “Speedy” Gonzales. He was the first Rarámuri runner known to the rest of the world. Today the best known is María Lorena Ramírez, who has won several ultramarathons in different countries. I, like my great-uncle, came to live in the United States when I was very little, because my parents wanted a better life for me than the one they could offer me there. We went through a lot of difficulties, but because my mom and dad worked so hard, I was able to go to college and read a lot of books.

Many of my classmates from school remembered my great-uncle and his cousin, and they always asked me if my whole family was lazy, why didn’t I wear a sombrero, if I also shouted before running … Of course not! As in all the families in the world from all of the races in the world, there are always relatives who are lazy or «turn out to be bad blood» as my grandmother used to say: for some reason (genetic or not) there are those who enjoy hurting others and lack a conscience.

But that’s not all of us. They call me «Sparky» because they say I have a «spark» and I always have new ideas and new jokes to share. It’s been a few years since I finished my college degree, and now I have a job in an airline that I love and allows me to travel a lot. In addition to visiting my family, I have been able to get to know other countries and other cultures, which has taught me to better understand those who are different from me. Today I will travel to ________. Come with me! 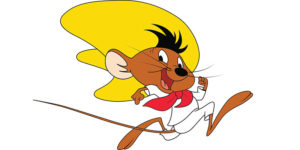 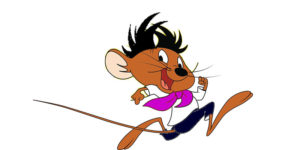 The above is just one of many possible new background arguments or “backstory” that Speedy Gonzales and his “descendants” could have, which raises a new approach from factual reality (the really fast runners of Mexico) and that positively modify public perception of Mexicans, creating intercultural bridges within children’s content for an audience eager for a truce from violence.

This is not to say that cartoons should now be «educational». Laughter, fun, the absurd, the clowning and the jokes are key ingredients of the animated series that provide silliness to their childhood and imaginary world. Only a cartoon can survive a free fall into a canyon, dodge punches with incredible speed and do mischief without serious consequences. There are many current examples of children’s cartoons that go about it without offending ethnic or cultural groups.

Hopefully some of these cartoons will do the work to transcend the model of the past, which is offensive today, and turn it into an inclusive and fun story for the young and old of this new present. Ultimately, it is only the big studios like WB, Disney, and Universal that can repair the damage their previous products may have done to the public perception of non-Caucasians.

Note: the alteration to the original drawing of the character «Speedy Gonzales» to make «Sparky» was done in a very simple image editor program to enhance the point that change can be easy. The image of «Speedy Gonzales», his name and everything related to him are trademarks registered to WB. No copyright infringement or damage intended.

About the Author: C.V. Monterrubio